The Swinomish Reservation is located on Fidalgo Island in Western Washington State. It is the home of the Swinomish Indian Tribal Community, a federally recognized tribe. The Swinomish Tribe is descended from and is a successor to tribes, including Swinomish, Kikiallus, Samish and Lower Skagit, that inhabited the Skagit Valley and Puget Sound islands for thousands of years before non-Indian settlement. 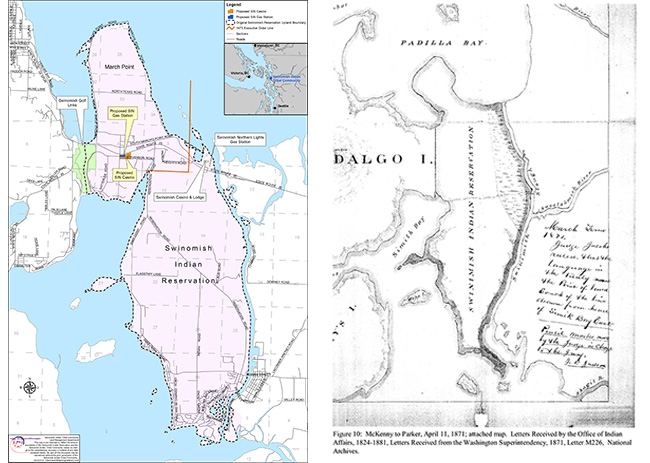 In 1873, President Ulysses S. Grant issued an Executive Order which attempted to unilaterally change the western boundary of the Swinomish Reservation. The United States Supreme Court has repeatedly ruled that only Congress – not a President - can reduce the size of a reservation.

This unlawful attempt to take a portion of the Reservation and other violations of the treaty remain a painful part of Swinomish tribal history.