If you would like to participate in Oil Spill Emergency Response, please check out our Vessels of Opportunity program. 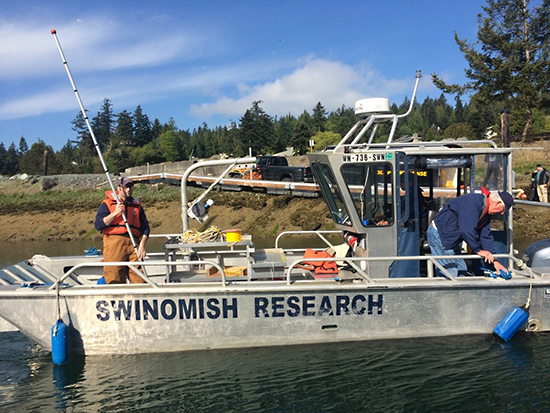 The Swinomish Reservation is located on the eastern half of Fidalgo Island. Bordered by the Skagit, Padilla, and Similk Bays, as well as the highly trafficked Swinomish Channel, the Reservation comprises more than 29 miles of shoreline, 3,000 acres of intertidal area, more than 300 acres of high quality salt marshes, and numerous ecologically important pocket estuaries.

The Tribe is developing its in-house capacity to respond to potential marine oil spills to protect vital habitat as well as the natural and cultural resources found on the Reservation. This need was underscored during a recent marina fire on the Reservation at Shelter Bay. With support from a Washington Department of Fish and Wildlife grant, the Tribe drafted a standard operating procedure to respond to oil spills, and actively recruits and trains volunteer responders in this effort. Volunteers are recruited from the local community and include both tribal and non-tribal members living within response distance of the Reservation. During 2014 and 2015, volunteers received training through a five-session class, culminating with an eight-hour Hazwoper class and field drill. Volunteer training is an ongoing and annual event that will help the Tribe maintain a robust oil spill response agency. 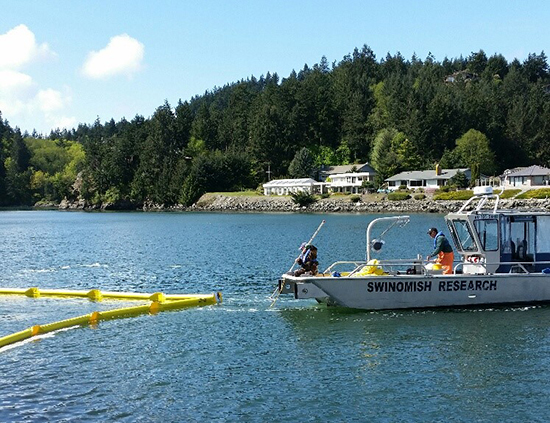