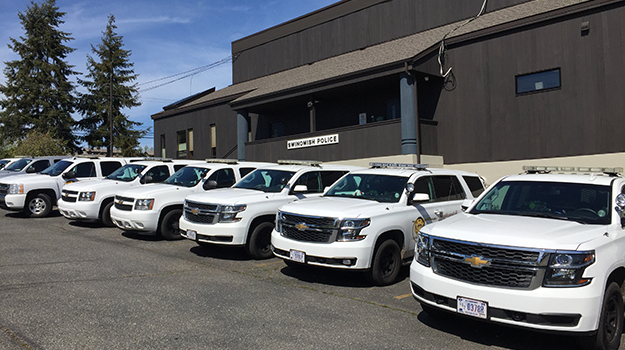 The Swinomish Tribe is federally-recognized and excercises civil jurisdiction over both enrolled tribal members and non-enrolled subjects when contacted within the exterior boundaries of the reservation concerning alleged civil infractions.

In 2010, the Swinomish Police Department was the first tribal police department in the state of Washington to have met the requirements for accreditation by the Washington Association of Sheriffs and Police Chiefs.

Additionally, enrolled tribal members, while not subject to Washington state law, are subject to the law of the United States. Therefore, officers of the Swinomish Police Department follow both federal law and Swinomish Indian Tribal Community code when incidents involve potential violation(s) by enrolled members occurring within the exterior bounds of the Reservation.

Office/Records
Mon-Fri | 8:00 AM-4 PM
*After hours voicemail is received the next business day